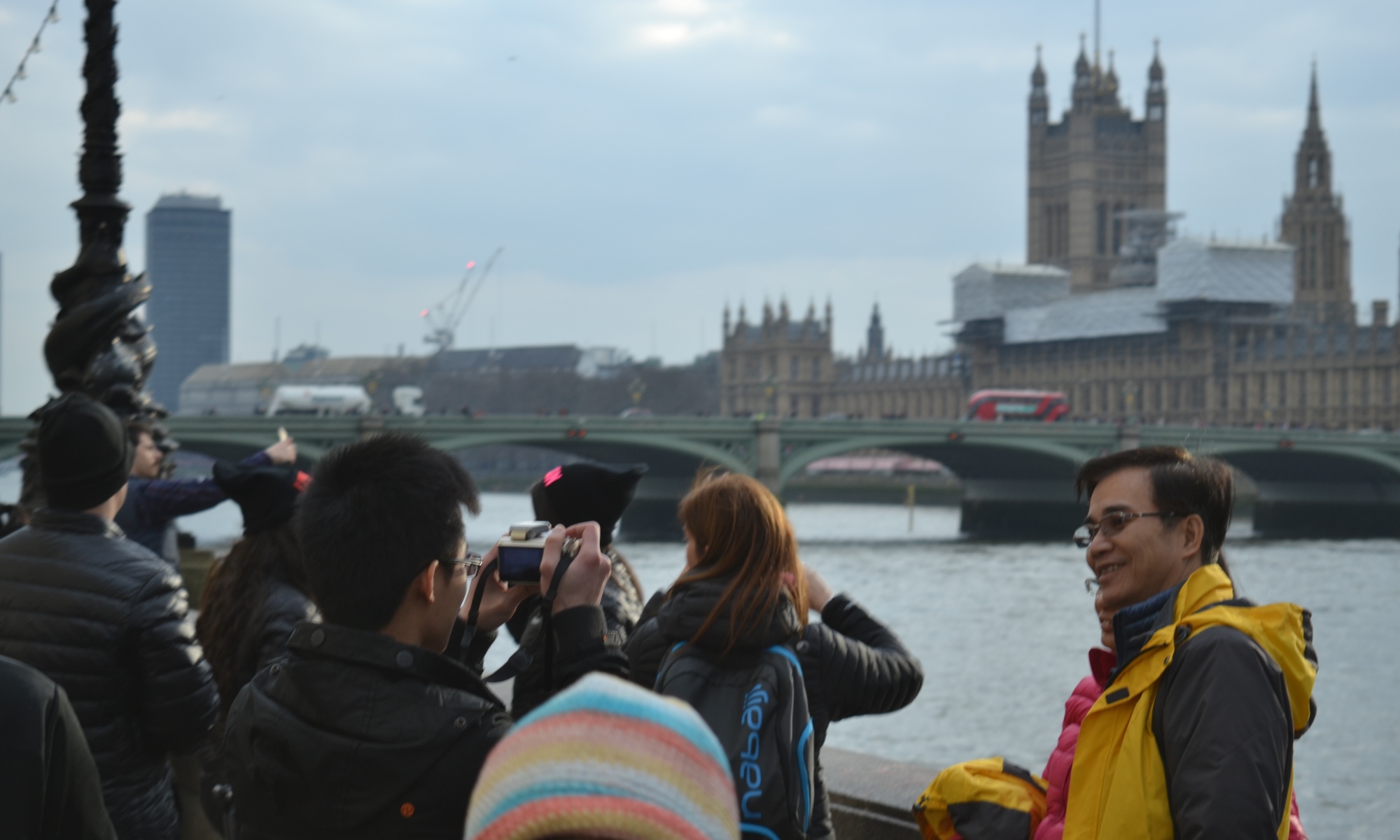 Giving London a chance is one of the first real meaty plans that I had for my trip, given that I’d grown up barely ever setting foot in the place and being otherwise somewhat prejudiced against it for its centre-of-everything, arrogant nature, and of-course its location in the south of the country which earned instant suspicion from a Northerner like me. I semi-explain it in one of my pre-trip vlogs:

And as I stood there upon London bridge (this really is an immediate follow on from the last post), looking towards Tower bridge (lots of bridges here), with all things considered, my first impressions were most definitely positive. My worries of the expense of living in London were quashed, not this time by strangers but by familiars. After a couple of hours and a game of hide and seek in Greenwich Market I met the Madam herself at the ‘Coach and what not’, according to her text.
“You’re terrible at markets.”
“Thank you.”

Another hour or so and we’d successfully climbed the few thousand miles up to the top of Point Hill for another spectacular sunset, and nearby was our home for the next couple of nights, a shared house with a couple eccentric but lovely characters. By my ethical view of ID protection I’ll refer to them as pasta lady and the birdwatcher, but that does quite effectively sum up my experience with them.
For a city so often tied in with finance, personified by the busy busy man in a suit with no time for you, your personal space, or your right to be walking down the stretch of pavement in-front of him, my first associations of London were cultural, which was a pleasant surprise. We were tucked up in a cosy room in Greenwich, with nothing but an electric heater in the way of warmth, a giant bed, a sofa, a desk, and us. It was absolutely delightful, we had all we needed, given that the most important thing on that list was the last. And if our homestead wasn’t satisfyingly London enough, we had the outside too, living within walking distance from both a train station (DLR rather than tube, in-fact we had a choice of three stops, all conveniently equidistant thanks to the curve of the line) and some of those houses that you just know you’ll never afford, despite growing up in one of similar size a few hundred miles away for a tenth of the price. The iconic kind, the kind that you realise you recognise from films and music videos and iconic pictures. It was here I realised that London had at-least nearly enough equivalents to Paris in the realm of photogenic, idealised styles that were constructed more out of a way of life than an intentional artistic thought. I felt like a true down and out Londoner yawning down the hill towards the station on morning 1 (actually the afternoon), walking past well kept doorways and chic little cars, half-expecting Hugh Grant to walk round the corner.

Being lethargic old sods meant we missed the morning rush and I was pleasantly surprised by how human our co-travellers were. This is one apology I was already ready to make, maybe not to London itself – for it’s down to its unrelenting pull factor, but the Londoners as a people. The ones who stay behind when the suits have commuted home in the evening. They were previously absent from my mental image of the place, when really they’re the saving grace, the splash of colour over the concrete. Sure, they were just as stringently abiding to the no-talking-on-the-tube rule, but that didn’t stop them returning smiles, making room, respecting space, and what was really a very normal, uninspiring human aura became something much more notable. Each Londoner is a work of art, it’s not news to anyone that the capital has one of, if not the most thorough CCTV networks, and with so much time spent on the tube, where folks like me with nothing inspiring on a screen to look at and no book to read are left with little else to look at but people, you get the sense that everyone knows they’re looked at nearly every waking moment, and yet they’re completely anonymous. That’s what makes the enigma of everyone there so interesting to me, they’re a singular unit of the 7 million, and yet you’ve caught them, briefly, up close.

Anyway, enough gawping over randomers. We had some sightseeing to do. I’m a very proud tourist, sights need seeing, that I shan’t deny. We started at Borough Market, where I ceremoniously opened the hole in my wallet, and then we set about rambling through the city. We hijacked a city tour for a spell down the riverside, and tried to guess the theme. The guide was most enthusiastic, and commanded the attention of his audience, comprised of sub-10 year old children and Japanese tourists. The sonic screwdriver he used as his thing-all-tour-guides-have-so-you-can-see-them-through-the-crowds was a bit of a giveaway. I felt a bit numb taking bland old pictures of landmarks, I wanted to spice it up a bit, I remember a photography project someone did which involved taking pictures of people taking pictures. I looked around, I had a wealth of subjects, my inspiration was found. 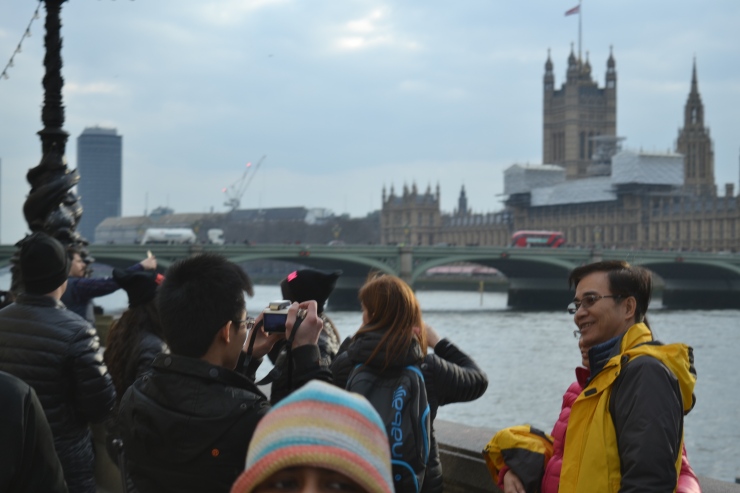 Looking back, there isn’t really much in the way of tangible experiences that I have to recall from my time in the capital. I knew what was there, and I’d prioritised seeing all of it on the occasions I’d been here before. I think the main thing I took from London as far as immersing myself in it goes was the immersion itself, soaking up the sensation of being in the place. It really is iconic, every street corner, every road sign, every red bus, the best thing about a world capital is that you are quite literally walking through a film set, and so bewilderment was one of the more common sensations I found myself in, which is certainly to the city’s credit, though that would have to wear off in time were I to live here. I ended up spending a lot of time walking around the place, pacing through tube stations and sitting on trains, feeling myself slowly getting familiar with it, ditching my big bad Nikon camera for the GoPro which could fit inside a pocket, part of me knew that I was rare amongst the masses, everyone had places to be but me, I volunteered to the pace rather than being forced into it, I was free to go where I pleased and observe everyone and everything else rather than worry about myself. It’s such a diverse city, but from Camden to Clapham, Waterloo to Southwark, there was still an undertone in the air, movement, meaning and above all else arrogance, London makes no apologies, it doesn’t have to.

Eve-n then, I will associate the big city most with one person in particular, which will come as little surprise. And the time spent there is also a large part of why I look back at it so positively. Benches, bedwear, backstreet bars and races across the city centre, long breakfasts followed by second sleeps and pints for people watching, finding the perfect places in between city facades and fingers. In mind, the city and all its wonders are ours. This is a public blog and not a diary entry, but still any summary would be hopelessly unbalanced without this mention.

And then there is everyone else. Despite being in a city, a construct as huge and important as London it was still the people that I took away with me closest. It isn’t every day you tie up a loose end like meeting the stranger you danced with 7 months ago on a Saturday night in Oxfordshire, and being welcomed to their birthday party and chatting among their friends, becoming one of them. Or establishing common ground with someone who was once twice your age and height, celebrating the town and people you grew up with from different perspectives, 5 years apart. Special thanks have to be extended to Charlie for her spectacular hospitality, having now hosted all three Wells/Wheatley siblings on individual trips to the capital. Each and every stranger, enigmatic as I have already stressed, who with every returned smile or even occasional greeting tore down the bulk of my reservations against this city. It might be unjustly expensive, wearily clichéd, tied to its own terminal velocity, permanently shooting itself in the foot, but there is a reason the very word London is iconic, and that is because the city is too, soberingly and intoxicatingly so.

I was ready to leave, but only because I knew I’d be back, be it through choice or not, but more likely the former than before. 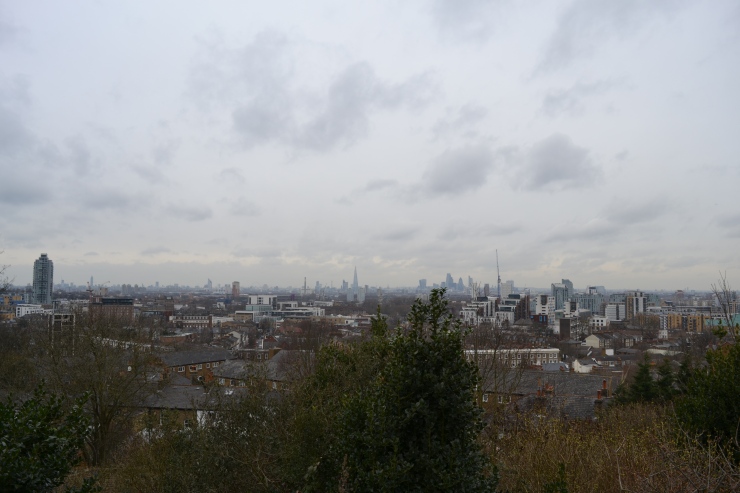